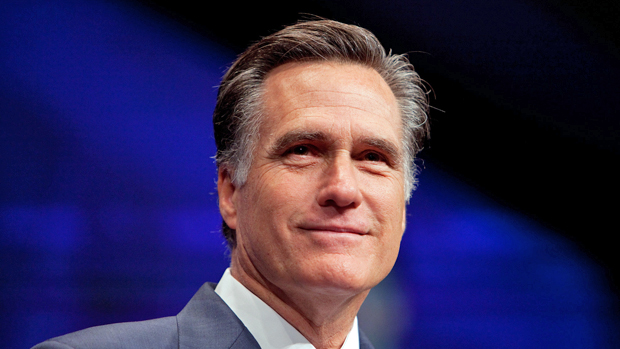 Of all the Republican candidates, Mitt Romney seems to be the most reasonable, realistic, and moderate when it comes to Islam and Muslims. They have all backtracked and are being more Muslim friendly, but Romney seems to be the most genuine. Republican strategists realize that they can’t win without the Muslim vote, especially in Ohio. No one has ever won the White House without Ohio.

It all started at the debate when Herman Cain was asked to explain his comments from a few months ago when he said that no Muslim would ever serve in his cabinet. He backtracked and was apologetic, and stated that only good Muslims who support the constitution would be in his cabinet.

Mitt Romney had the most measured and mature response and said, “We recognize that people of all faiths are welcome in this country. Our nation was founded on a principle of religious tolerance. That’s in fact why some of the earliest patriots came to this country and why we treat people with respect, regardless of their religious persuasion.”

Newt Gingrich did what he does best and offered an angry response, stating “Now, I just want to go out on a limb here, I’m in favor of saying to people, ‘If you’re not prepared to be loyal to the United States, you will not serve in my administration, period.’ We did this in dealing with the Nazis and we did this in dealing with the communists, and it was controversial both times, and both times we discovered after a while, there are some genuinely bad people who would like to infiltrate our country. And we have got to have the guts to stand up and say no.”

Once, again we need to reach a more reasonable, mature, diplomatic, and moderate approach to dealing with America’s Muslims. Rhetorical non-sense and demagoguery are counterproductive. Some of America’s most brilliant minds are Muslim and are very American. Miss America, Rima Fakih, was Muslim. Ultimately, voters vote their pocketbooks and vote for stability and

Sure, it’s fun to get applause and feel good about ourselves by demeaning others and being angry. But that won’t inspire anyone to vote for us. Unless the candidates change their tone and rhetoric, they are going to have a tough time winning the general election.