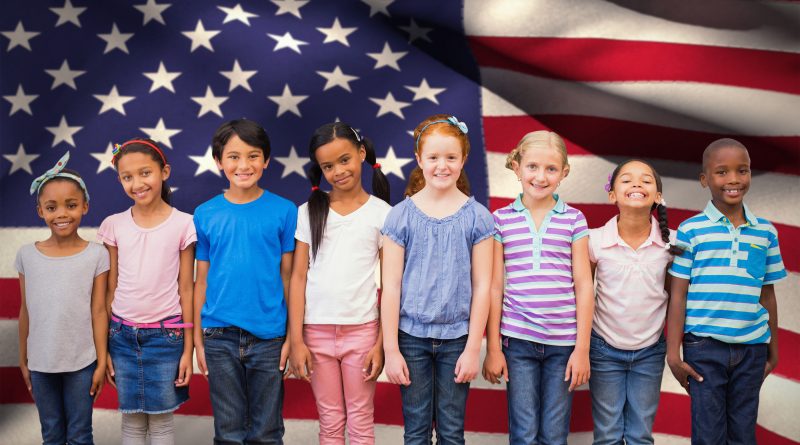 We are seeing this question asked on social media in various forms about what to tell your children after the election results. Most people who are asking this question were Hillary supporters and are distraught that she lost. We understand and empathize with you, and here is how you can address this issue.

Firstly, you should have never set your children, nor yourself, up for this much disappointment. Candidates win and lose all the time. It’s not something new. You shouldn’t be so emotionally invested in a campaign that a presidential election can completely wipe you out and render you dysfunctional. It’s not fair to your psyche or your children’s psyche. You are setting them up for major disappointment.

Children are resilient. Adults? Not so much. Let’s face it. You are really the one that’s distraught. Not your child. If you just laugh it off and tell your child that everything will be fine, they will move on and play the next video game. They are not as emotionally invested in these things as we are.

What do you do when your kid’s soccer team loses? Or your favorite team makes it to the Super Bowl, then gets blown out? You congratulate the winner and move on. Elections are the same.

Anyone who believes that this one election is the “most important election of our time” is absolutely selling you a lie. They are playing on your fears and trying to scare you into voting for them. There have been no elections that are “the most important of our time”. Ever. Not once. Don’t let people scare you into voting for them. Make them inspire you! They know you feel weak and vulnerable and they are taking advantage of you.

Explain to your children that we live in the greatest country on earth where black, white, brown, Latino, Chinese, Jewish, Catholic, man, woman, and Muslim all have the right to vote. We are blessed to be living in this great country. The greatest system of government to ever evolve with the greatest checks and balances. Everything will, not only be fine, but it will be awesome!

We make America great! Not the president. One man does not make a country. We are great. When you go to school board meetings, when you sell Girl Scout cookies, when you volunteer at the fire department, when you help the elderly, when you coach your kid’s soccer team, you make America great. Don’t stop doing that. Get out and do that more often. Get in front of more people and engage them.

People need each other. Our fellow Americans need us. And we need them. They are not racist, misogynistic xenophobes. They are ordinary people from the disenfranchised middle class that wanted change. Bigly!

But my kids are scared because Trump is going to kick out all the Muslims, what do I tell them?

You should have never set up this scenario and let it perpetuate in your child’s mind. Trump is not going to kick out Muslims. He never said that. It will not happen. When your kids asked you about this months ago, you should have completely removed that thought from their brains. No one will kick anyone out of their country. You should have laughed it off and moved on. Kids take their cues from you, make sure you are confident and have no fear. It’s unwarranted anyways.

So many of our fears stem from a bit of political naivety. So many Muslims are now suddenly interested in politics that they don’t understand the process. Politicians say crazy things. Especially, in their party primaries when they are trying to lock up the most extreme and most devoted fans. They moderate as the general election nears and are nearly indistinguishable from each other by the time November rolls around. We saw that with both candidates this year. It happens every year.

But our new millennial Muslims and our older generation that now suddenly care about politics just doesn’t have the experience to realize this. Many people just started following the election during the debates and never paid any attention before that. So they have no idea how this process works. This is politics as usual. The president can’t accomplish half of what he says. It’s a very difficult thing to do with a rigorous process of checks and balances in place. Nothing extreme will happen. Very minor changes will occur.

So how will you deal with the result?

Just come to accept it. Take it day by day. This is our great country. This is how we do things. Everything will be fine. Take a deep breath. Nothing is going to change. No one is going to put us in jail or deport us. That’s not how it works.

Sure taxes may go down a bit, healthcare law will be modified, we may renegotiate some trade deals, and we may tighten up security a bit. But your day to day life will not change. At all.

And please stop protesting if you are protesting. You are protesting democracy. That’s wrong. We haven’t seen any Muslims protesting Trump’s victory, but there are lots of minorities out there protesting. Do not support them. Protesting the outcome of a football game or election is just wrong. It was a fair election. The fairest of all elections in any one place on earth. It’s absolutely awesome and awe inspiring. The people have spoken. This is what we wanted. Just leave it alone. Protesting is absolutely the wrong thing to do. Go out and celebrate democracy!

Further, consider the prediction models by Michael C. Horowitz (@mchorowitz) that had Hillary extremely hawkish and much more likely to start another war. Horowitz is the author of Why Leaders Fight. He analyzed data on 2500 historical leaders that started skirmishes and wars and found common traits. Did we ever consider that maybe Hillary was worse for Muslims? That she’s likely to start another war and kill even more Muslims?