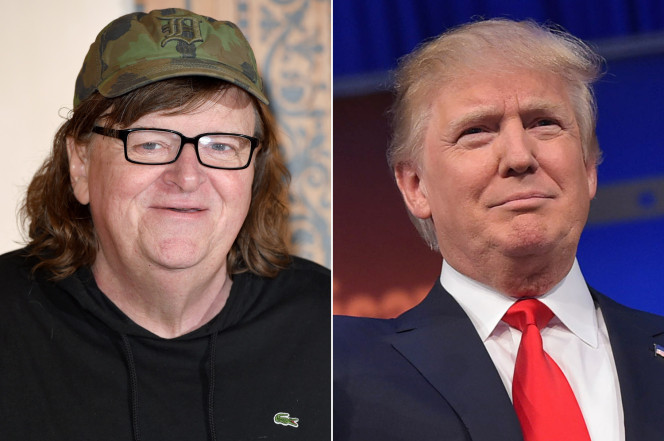 Love him or hate him, Michael Moore has been in tune and in touch with what middle America feels. He recalls a story of what Donald Trump said to Ford executives about tariffs on their vehicles if they move their factories to Mexico. And they are scared to death of him.

In part of his talk, he goes on to say…

He is saying the things to people who are hurting. It’s why every beaten down, forgotten, nameless stiff who used to be part of what was called the middle class loves Trump.

He is the human Molotov Cocktail they’ve been waiting for. The human hand grenade they can legally throw at the system which stole their lives from them. On November 8, the dispossessed will walk into the voting booth, be handed a ballot, close the curtain and take that lever and put a big fucking ‘X’ in the box by the name of the man who has threatened to up-end and overturn the very system that has ruined their lives: Donald J Trump.

Trump’s election is going to be the biggest ‘fuck you’ ever recorded in human history. And it will feel good.

He always has his finger on the pulse of the people. Here is the full video. Enjoy! You’ll thank us later.