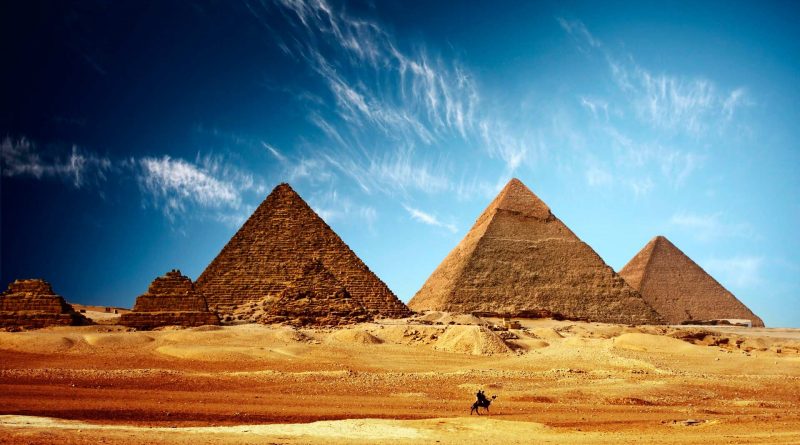 The Egypt situation sounds complicated and troubling, but it isn’t. There is no doubt that this will change the Middle East forever. History is unfolding before our very own eyes. We need to realize this and seize the moment and momentum.

The only conservatives making any sense on Egypt are Sarah Palin and Paul Wolfowitz. No one else sounds even remotely credible.

Republican presidential hopefuls need to be very careful on their Egypt strategy, lest they end up sounding ignorant, intellectually bankrupt, politically naive, and immature. We need leadership, not rhetoric. We need leaders that can look beyond the immediate impact and look to the distant future. We need strong, selfless leadership from our presidential candidates. There is no doubt that Egypt and the Middle East are going to change, the question is only a matter of “when”.

Republican candidates on television have resorted to simply opposing Obama. That’s very easy to do. It’s the epitome of mental midgetry. Whatever Obama is doing, just say the opposite. But it’s also childish, immature and mentally bankrupt. We need a more intelligent and visionary strategy.

All we hear from republican presidential hopefuls is, “We need to stand by our friend Mubarak” or “What message will this send to our other friends in the region”. Unfortunately, that is not good enough and is overly simplistic. It’s poor form as well.

Egypt is a challenging issue. For 30 years we have been supporting a brutal dictator that has been oppressing his own people, torturing them endlessly, raping women, and is one of the worst countries when it comes to human rights. We’ve been doing this because he has been duping us into thinking that extremists would take over, if we didn’t support him. The Egyptian people have been living in a giant Auscwitz camp. A large jail with no rights, no opinions, no freedom, and the fear of the secret police picking them up and torturing them to death. It’s an awful situation. But we have been supporting this, unfortunately.

Republicans need leadership and vision badly. Unfortunately, most elected officials aren’t intelligent enough to formulate their own thoughts and opinions and tow the party line. We can’t tow the party line on this one. Supporting autocracy, dictatorship, rape, and torture, while professing freedom, doesn’t work. Our candidates need to read and research the Egypt issue far more than they have. You can’t just wing it.

A person with vision and leadership should be able to evaluate the situation independently and formulate their own opinion and strategy. We need a strategy that will be useful long term, not just today. It’s not about Obama. It’s about the next 20 to 30 years. Unless we espouse this attitude, we will look foolish.

So what should republican candidates be doing and saying?

First of all, the answer is easy. This is not a complicated nor delicate situation. It comes down to what you believe in. Do you believe in freedom? Yes or no? If you do, and most of us do, that should be our long term global strategy. Freedom is freedom. It’s for everyone!

Secondly, do you believe in dictatorship, rape, and torture? If not, great. The rest will flow easily after we get over these two points.

As Americans, we can not profess freedom and democracy, while supporting people that deny it. Period. It doesn’t matter if they have been “our friend” for 30 years. That’s not how it works. If you found out that your best friend was raping your mother for 30 years, would you support him? Obviously not. Let’s move on.

Our candidates need to focus on doing what is right. If you always do what is right, you will win many elections and be viewed in an honorable manner by every American, not just republicans.

The point of being a politician is to represent people well and somehow and get re-elected. If the republican party wants you to build a park in your state, but you know your people would never stand for it, would you do it? No. You want to do what’s right, but you still need to be re-elected.

Your voting record is your record. It will always live with you. Forever. How you vote, and where you stand on issues can not be deleted. It is who you are. Your constituents will see this and decide if you are worthy of their votes.

The same happens on a national scale. The American people are not stupid. We vote with our intellect and our hearts. You have to sound intelligent, independent, inspirational, and visionary. You have to be a leader. You can’t just regurgitate what someone else is saying. And always being the contrarian to Obama isn’t going to work either. This is not about the next election. It’s about the next 50 years. That’s how leaders think!

What would Jesus do? Ask yourself. If Jesus was here today, what would he be saying about Egypt? The answer is very clear.

Instead of politicking and jockeying for position against Obama, we should be coming up with our own solutions and our own strategy.

What should the republican strategy be?

If we were running for president we would focus on the following issues when asked about Egypt.

1. The entire Middle East needs reform. Tunisia yesterday, Egypt today. Who knows what will happen elsewhere. We can’t have a myopic view. We have to look into the future and be visionary. We support rule by the people and for the people. Reform is necessary. People can not live like this. We support economic and social reform in all countries.

2. We support democracy. Period. People should determine who rules them, and how. We believe democracy is so precious, that we want it for all people everywhere. Not just Egypt. We would like to see the entire world convert to democracy. That is our creed, and we want it for all.

3. Egyptians are not dumb. They are very smart, and they will choose good leadership and vote out poor rulers. That is what they have done by their demonstrations. We trust that the people of Egypt will have a great democracy with great leaders. We trust that if their new leaders don’t perform well, they will vote them out. Just like we do.

4. We support a free and open press. If you have freedom in the press, leaders can’t be corrupt.

5. If people of other nations in the Middle East decide that they don’t like their autocratic, despotic dictators either, then we support their right to freedom as well, regardless of whether or not we have been in cahoots with the dictator previously. We always stand with the people who are on the side of freedom and democracy. (Like Sarah Palin says)

6. Stop fear mongering. We need to stop fearing that overly religious people will take over the world. That isn’t going to happen. People aren’t stupid. And it’s not going to happen. No Middle Eastern country wants religious rule. They are intelligent and smart enough to know that extremists are not good at running countries.

7. Other dictators need to know that if they violate human rights and oppress their people, that we will toss them out the door too. We will not stand for nor support despotism and torture. That’s not the American way. We are putting all dictators on our radar and we will drop them instantly if they are oppressive and despotic. We will not hesitate. So if masses of people anywhere else decide they want to over throw their dictators, we will support the people. This has to be very clear. We can’t waffle. People need to know that we hate dictators that oppress, rape, torture, and don’t allow freedom. Regardless of long term relationships. It’s that simple. We will drop you like a bad habit. That’s our essence.

8. We will not criticize Obama and the current administration now. As Americans, the world needs to hear one voice from us. We will let this play out and see what happens. We support what our president is doing. We will offer opinions on tihs later. We know how it will end. Mubarak will be out. We don’t want to be on the losing side.

9. We want to see democracy flourish all over the world. We are looking at the next 50 years. Not the next five. We need to be thinking long term, not short term.

10. Israel will be fine. Israel has enough nuclear weapons, a massive and well trained army, and the capability to defend itself. We are confident that no matter who ends up ruling Egypt, no one will mess with Israel. Further, no ruler should be worried about Israel when their own people are starving. Muslim people finally stopped blaming Israel, and realized that they should be blaming their own rulers for their poor situation. They finally realized this and woke up. It’s not about Israel. That isn’t going to change any time soon.

11. We have our own problems and need our own reforms here in the United States. We need to strengthen our economy and reduce our deficit. We need to grow certain sectors. We can’t keep focusing on the outside world.

We will end with Sarah Palin. Surprisingly, one of the few conservatives that is displaying courage, independent thought (sometimes too independent), and visionary leadership.

Sarah Palin seems to be one of the only Republicans to have gotten it right. Palin said on Fox News:

“It is important that we root for people who are truly seeking democracy and freedoms.”

“Over 30 years of standing by Mubarak’s side and he essentially standing with America on a lot of our interests it makes sense that we have a reciprocal relationship but no it is not moral or ethical. We are watching Mubarak and realizing the billions of dollars that have been spent, he’s become rich, a lot of the dictatorship has personally benefited. So where do those funds end up? We need to pull back on those countries where the money isn’t doing any good.”