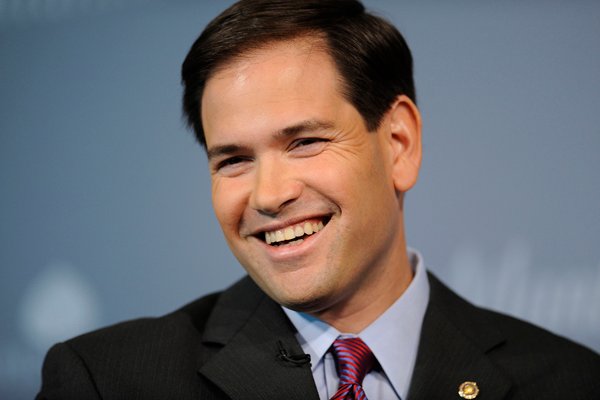 Romney is the Republican candidate. It was a hard fought primary that would never end. It should make him stronger against Obama. No one ever thought that Santorum could actually hold on for so long, but he did.

Romney is the furthest right on immigration. Our country is now host to 50 million Latinos. That’s 16% of the population. That’s more than the 38 million African Americans. Romney is not going to get any of these votes if his stance on immigration doesn’t change. He isn’t going to get the black vote either.

First of all, you would attract Latino voters away from Obama. Secondly, you would lock up Florida. Rubio is well liked in Florida. Thirdly, you would have a candidate who knows about dictatorships and can enlighten the party on yria, Cuba, Libya and other issues. Fourthly, you have a younger, non-white addition to the ticket. Lastly, you would attract an entire generation of immigrants and their children. We are losing that battle. That would be huge.

If we were running Romney’s campaign, we would do that. They may have already reached out to the Rubio people, and he may have turned them down. We know, we would too. We wouldn’t want anything to do with the current GOP candidates. Rubio can easily mount and win a presidential bid in 2016. Look out for the Rubio train in 2016 if he isn’t on the ticket this year.