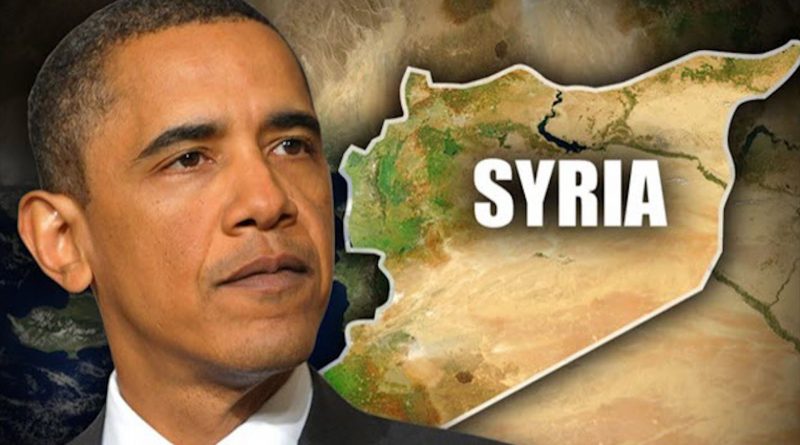 Obama’s foreign policy makes absolutely no sense. He tells sworn friends, like Egypt’s Mubarak, that “It’s time to go.” While allowing sworn enemies, like Iran and Syria to stay. This is bad policy and confuses people of the world and makes the United States look bad.

So, when people around the world are trying to understand our foreign policy and what we stand for, they have no idea. Neither do we. It really doesn’t add up.

Why was Obama so quick to tell Egypt’s Mubarak, a great friend of ours, that it’s time to leave. While not saying anything to Syria’s Assad, a sworn enemy, and letting him slaughter his people, Gaddafi massacre style? If anyone knows the answer to this question, please let us know.

Obama has always been weak on foreign policy. That’s why he wanted Hillary Clinton and Robert Gates in his cabinet. But the administration can’t be this dumbfounded by events taking place. They need a consistent policy and they need leadership.

When Gaddafi was about to massacre the city of Benghazi, Obama waited till nearly everyone in the world was with him. Sure, building consensus is nice, but saving lives and being a leader is more important. Rather than showing leadership, Obama showed great followership.

With Libya, you could argue that we had time, and it was nice to get the Arab League’s support. But you don’t always have time and sometimes you need leaders!

Syria’s Assad is waging war against his own people. Tanks and troops have been deployed to some of the poorest villages in the world in an effort to crush the peaceful protests for freedom. It didn’t take long for Obama to call on Mubarak to step down. After 200 people had died in Egypt, Obama called Mubarak illegitimate and told him to step down.

In Syria, 600 people have died and Obama is yet to say anything of substance regarding the deaths. This is absolutely unbelievable and insane. Not even a, “Hey pal, stop killing your people.” Granted, we don’t have great diplomatic relations, nor much leverage, in Syria. Assad hates us, hates Israel, loves Iran, loves Hamas, loves Hezbollah. Trying to woo Assad diplomatically hasn’t worked. We aren’t sure why Obama even pursued establishing diplomatic relations with him in the first place. Sure, it was a nice thought. Time to move on to reality.

Obama has always been an idealist, it’s time to grow up and be a realist. Syria and Iran are not going to “like” us.

If we were in charge, we recommend making Assad’s life a living hell:

1. Freeze all Syrian government officials, and family members, and relatives asset’s in the United States and especially in Europe. If that doesn’t send a strong enough message…

2. Targeted air strikes at Assad’s known headquarters, living quarters, and headquarters of the army and security apparatus. Especially targeting his brother Maher Assad who runs the army. We mean business!

3. Supplying the people of Syria with humanitarian aid and medical supplies. The Syrian army has cut off towns from their surroundings. This will build good will.

5. Prosecute Assad and his family and ruling relatives for corruption and war crimes and crimes against humanity as soon as possible. Assad is the equivalent of Hitler, Saddam Hussain, and Gaddafi.
These steps will make an immediate difference and will solve the situation in Syria. We can then let the Syrian people decide how they want to rule themselves. We are confident that they will rule appropriately and have good governance. Anything is better than Assad.