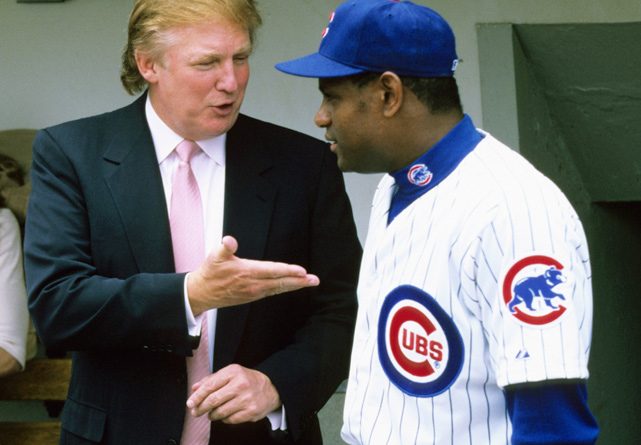 Nate Silver just predicted that the Cubs will win the world series and 8 days later, Trump will win the election.

Reminder: Cubs will win the World Series and, in exchange, President Trump will be elected 8 days later. https://t.co/lej7TXnnju

We aren’t sure if he’s being facetious or serious, since he’s predicting too seemingly unlikely events. The Cubs haven’t won the World Series in 108 years and if you believe current polling data, Trump unlikely to win either.

Nate Silver is one of the greatest statisticians of our time correctly predicting every state in the 2008 election and 49 out of 50 states in the 2012 election. You can find him on fivethirtyeight.com or his twitter handle above.

Here are some more fun images of Trump and the Cubs coming together!

He’s got pretty good form, right? Can Hillary do that?